Sho Sho “Belelige” Esquiro grew up in Canada’s north in the Yukon. She is of Kaska Dena, Cree and Scottish heritage. Learning to sew at a young age, she thrived growing up with an Artist as her mother. Sho Sho is a contemporary artist using traditional techniques to create textiles that have been featured in Museums around North America. Winning numerous awards from Museums she was the first ever to show on Paris Famous Effiel Tower, selected as 1 of 7 in the world to represent Canada in France. Sho Sho uses new and repurposed fur and leather and has an aesthetic to use rich natural fibres along with 24 K gold, Platinum, porcupine quills, beads, embroidery and dentalium. Sho Sho was part of the exhibition “Native Fashion Now”, which showed in several museums across the United States including the Smithsonian’s Museum of the American Indian in New York.

In 2019 Sho Sho was proud to show in Paris again as well as being invited by the City of San Francisco to showcase her latest collection to celebrate the 50th Anniversary of the occupation of Alcatraz. Sho Sho’s newest focus is her 2022 One Woman Exhibition at the Bill Reid Gallery in downtown Vancouver called, “Doctrine of Discovery”. Along with being featured in numerous publications such as Vogue, Harper’s Bazaar and Elle, Sho Sho is most proud of having the opportunity and honor to be part of a fashion show in Whitehorse with Yukon’s cherished elders in the front row, her most respected Mentors and inspiration.

As an Indigenous Artist it is my absolute life’s passion to express myself through my art. To use my platform as my responsibility to create art that touches on Indigenous issues and healing. To always challenge my vision and skill level, to carry on traditions passed down generation to generation. I love to create opportunity and spaces for those to come after me. It is my life’s mission to work with youth and elders, mentorship is very important to me. To learn and to teach the lessons and skills that I have had the privilege to be taught. It is my life’s passion and work to express myself through my art, not only through textiles but also painting. To bring awareness, compassion, healing and shine light on issues important to me.

*Although now a Yukon resident I have not been for the full 2 years, with that being said I have strong ties and return often when away and continue to work with Yukon First Nations Youth and Elders. Due to Covid the current show I am working on was postponed a year. The gap in work submitted is due to pieces that have been or in the works of creating for this 5 month one woman exhibition. Therefore haven’t been photographed and will be on exhibition starting Oct 2021. This prize money would greatly help in the creation of this show, as with Covid all of my shows in this past year have been cancelled and I travel quite a bit for my work. 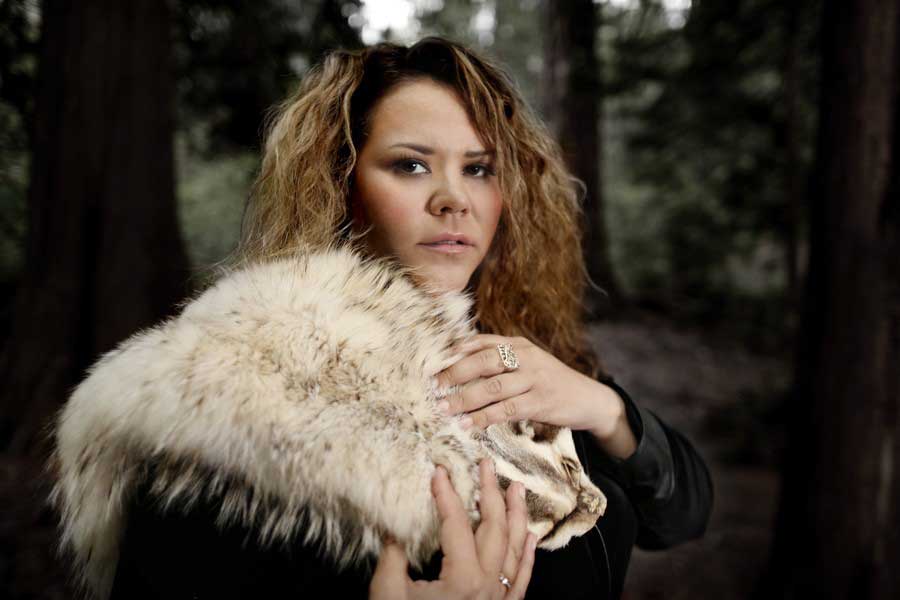 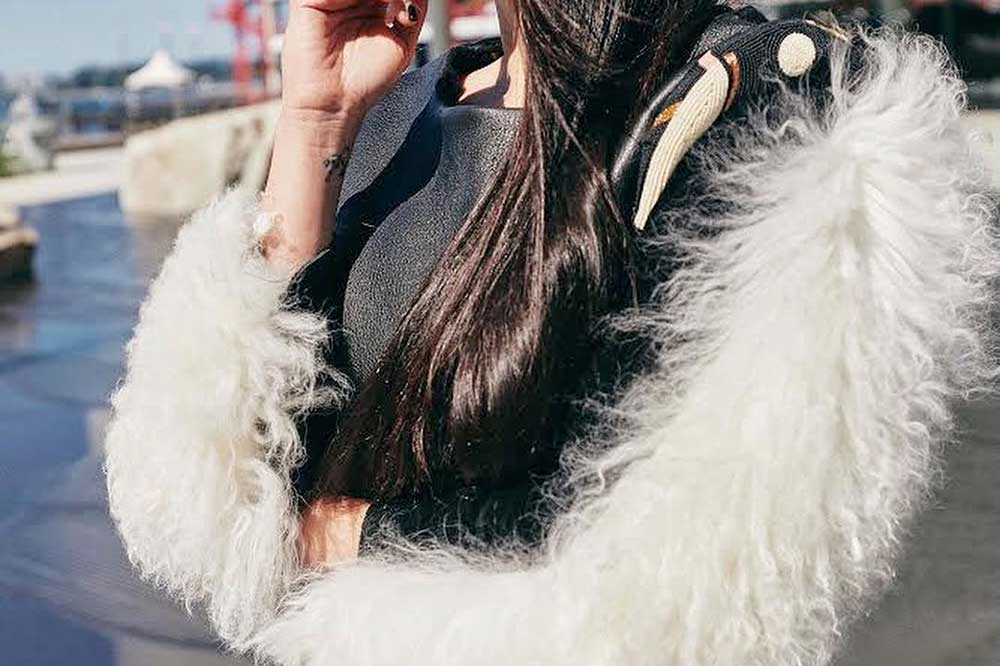 This piece was created to be part of a show along side my Late Mentor Master Weaver Clarrisa Rizal. Blending Inland and Coastal form design. Honoring the ancient to the present. 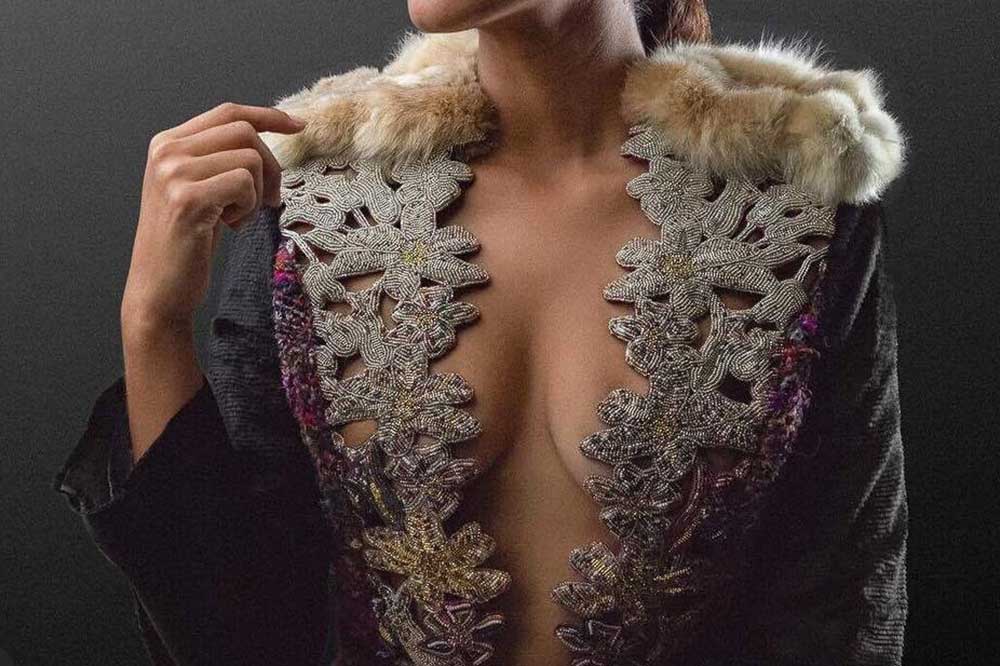 This piece was purchased by the Yukon Permanent Art Collection (which they generously allow for loan requests).

Ascension was made in honor of my Late Grand Parents

Much was created bedside as they were passing of brain cancer and kidney failure. I was their main caregiver. Ascension is one of my most important and pieces dear to me. The lynx was trapped by my Great Uncle Amos a cherished Yukon Kaska Ross River Elder who is 95. The inspiration for this piece is Death and Life. Energy never dies. Each side of the front of the jacket represents a Grand Parent. The bottom beadwork is vibrant floral and as the spirit is making their transition into the spirit world the floral slowly becomes pure Platinum beads towards the top. In our way we should not sew in sadness and grief. You create with love, healing and gratitude. 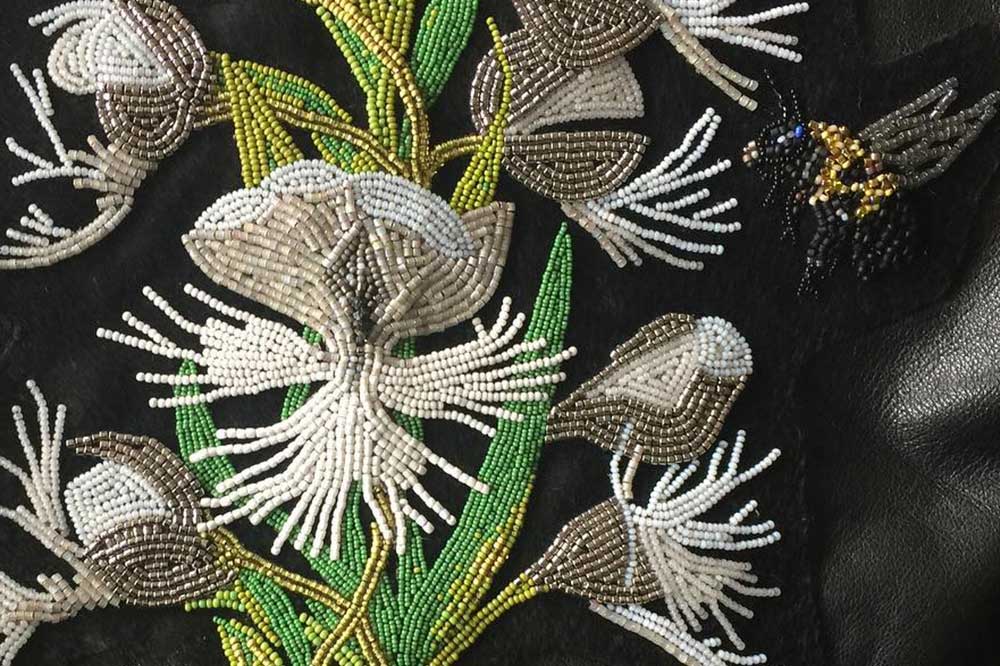 256 Canadian species are listed by Endangered Wildlife in Canada as being extinct, extirpated, endangered, threatened or vulnerable. It is important to me to speak for those with no voice. This is the Western Fringed Prairie Orchid, which is endangered. Bees hold such an important part of our Eco-system. 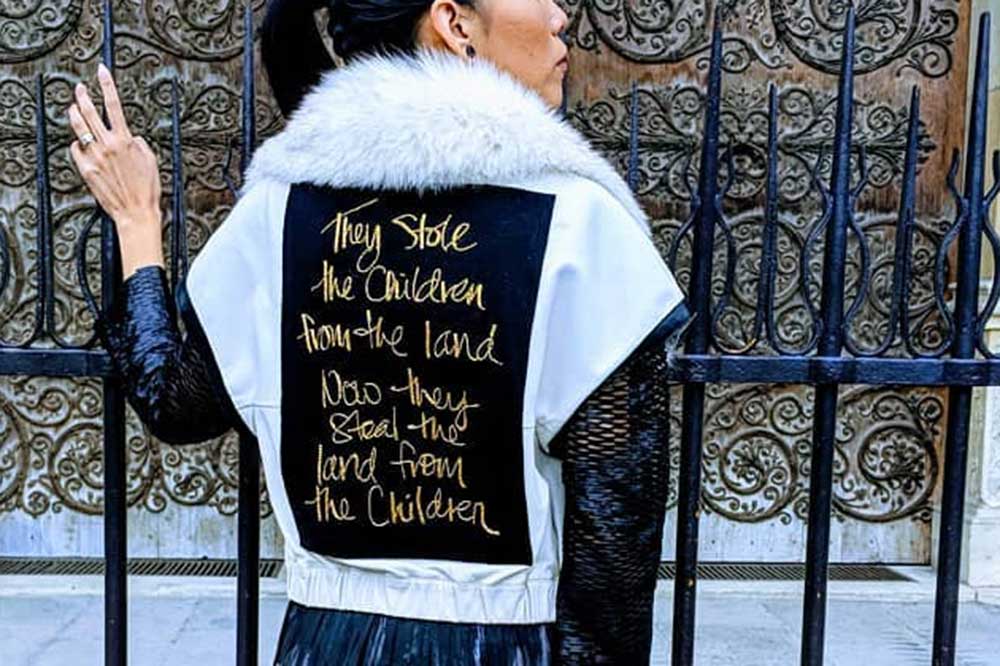 (pictured here in front of the Norte-Dame Cathedral Paris, France)

This piece was created to showcase in Paris France for a show I was a part of on the Effiel Tower. The collection I created for that show is called, “No Apology Necessary”. A direct message to the Pope Francis of the Catholic Church for his refusal to apologize on behalf of the Church for the impact and devastation Residential Schools had on Indigenous People. Myself the first generation not to attend. My fathers (adopted and blood) both attended and experienced mental, physical and sexual abuse. The message of this collection is to bring healing and acknowledgment with or without an apology, it is a time to heal those traumas as well as inter-generational traumas.